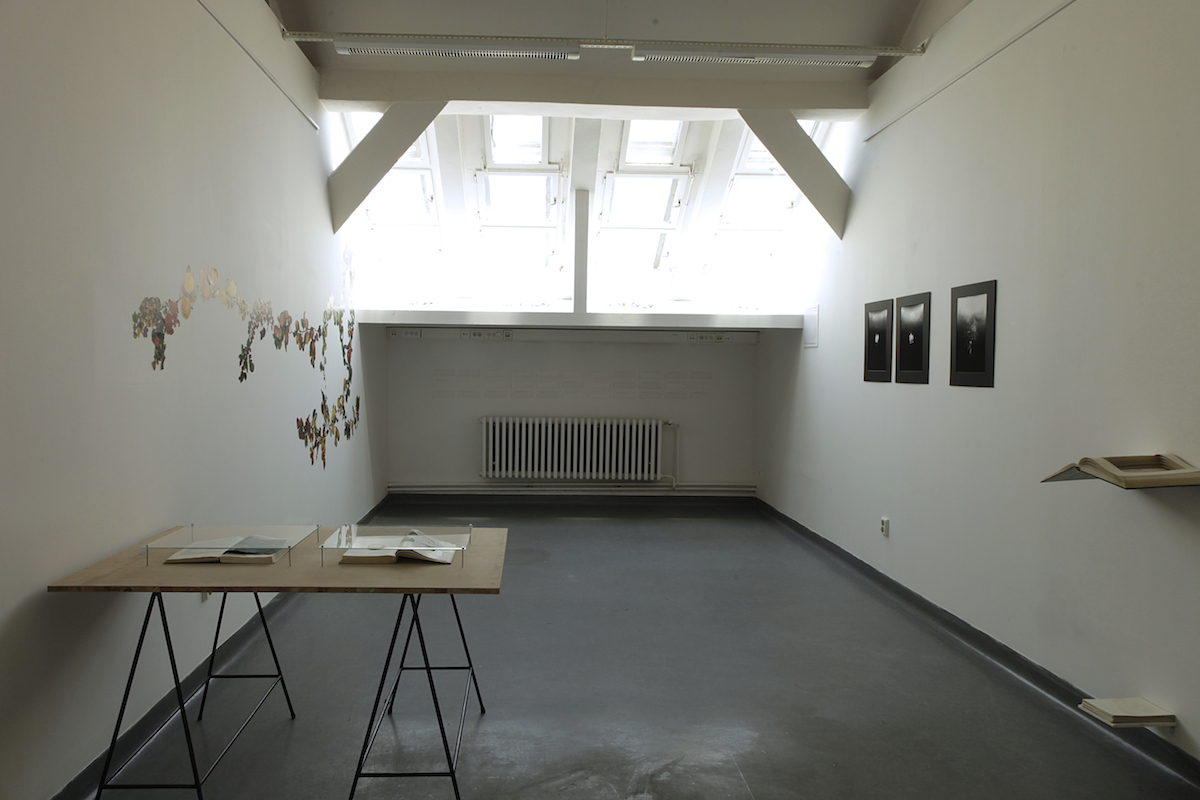 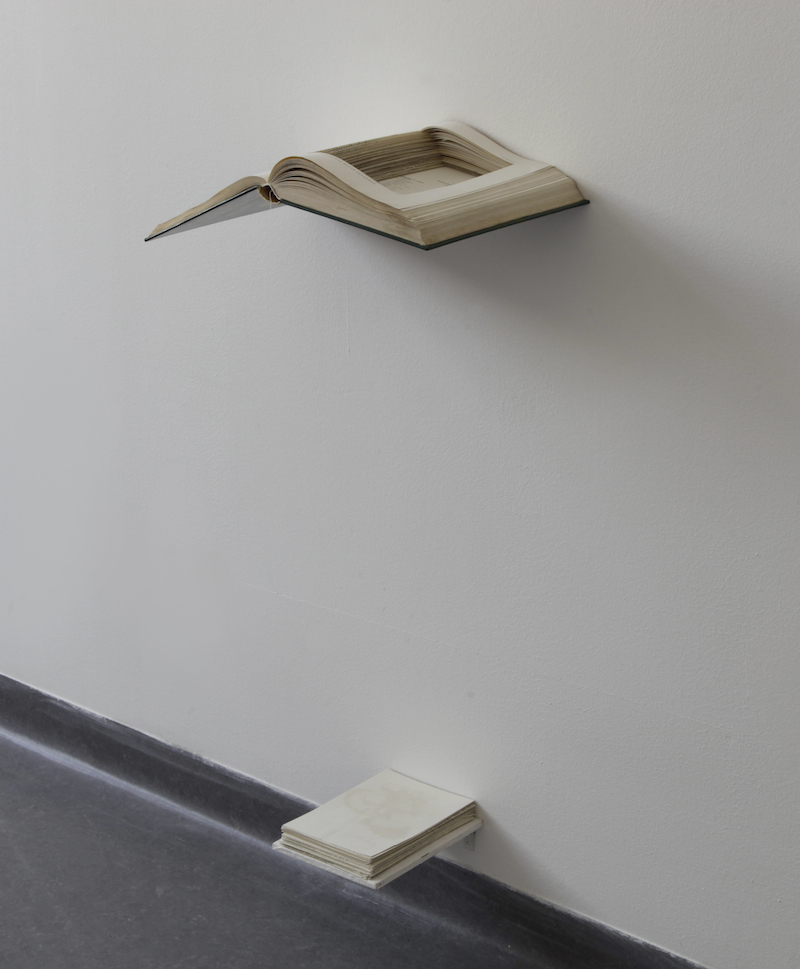 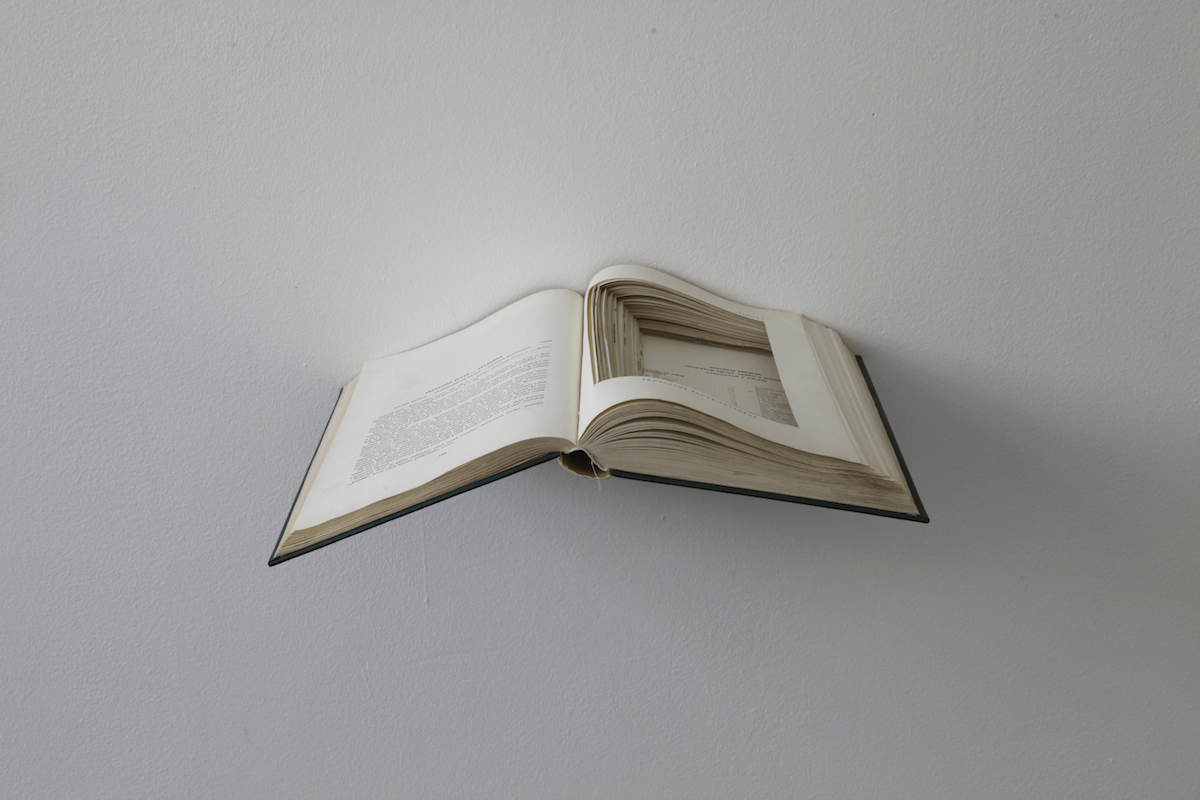 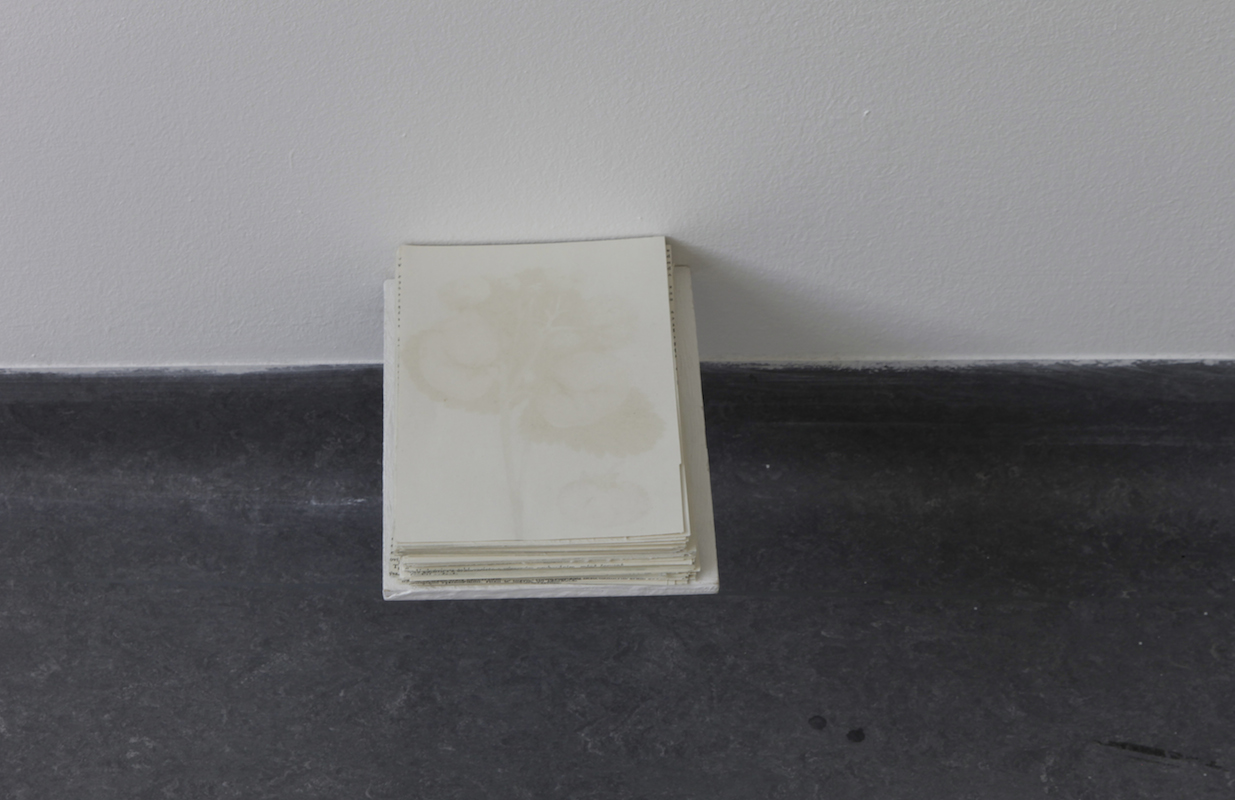 The Cut Out Book, 2013, Instalation I cut out the images of the fruit dictionary in square. The photo images were arranged beside it. By this way, I showed the creating process of the collage on a wall. At the same time, I expressed the image that the battery was removed just as the objects were drawn from the book. If a name was separated from its object, the name became something abstract. I wanted to express that name itself was an abstract code in this collage works. 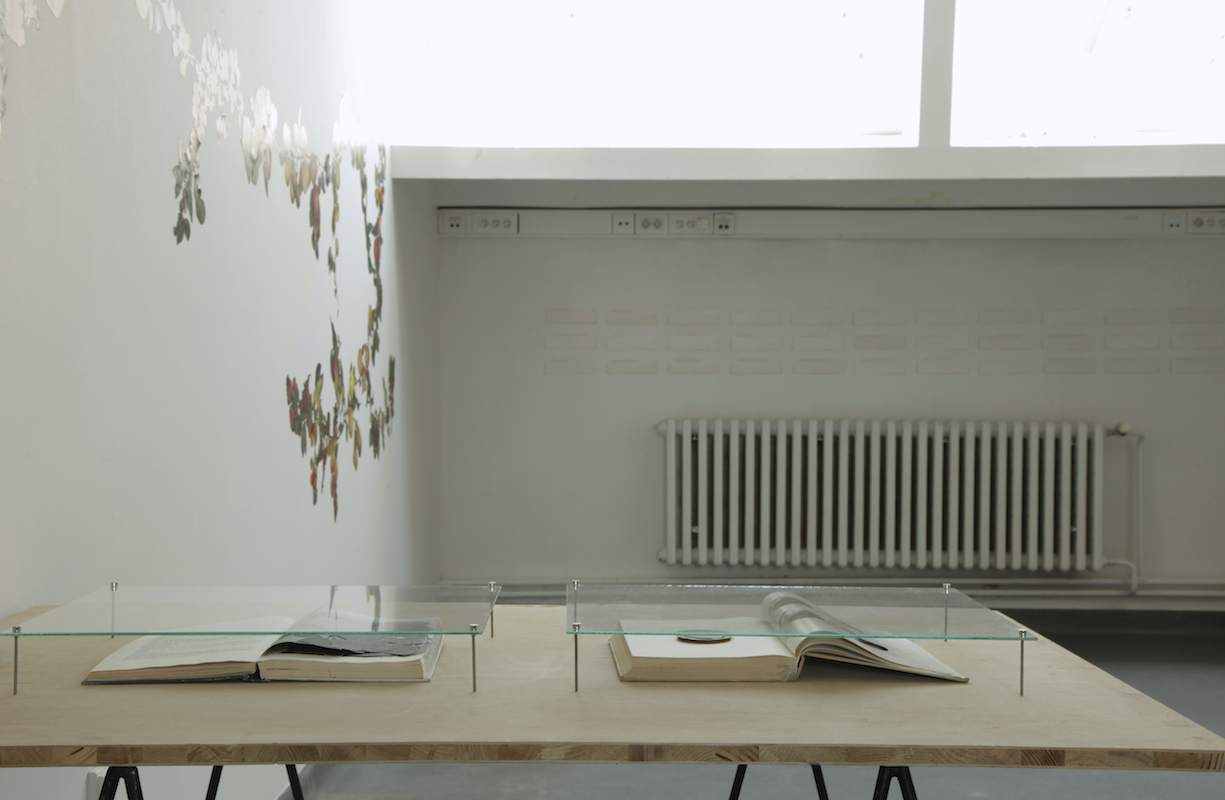 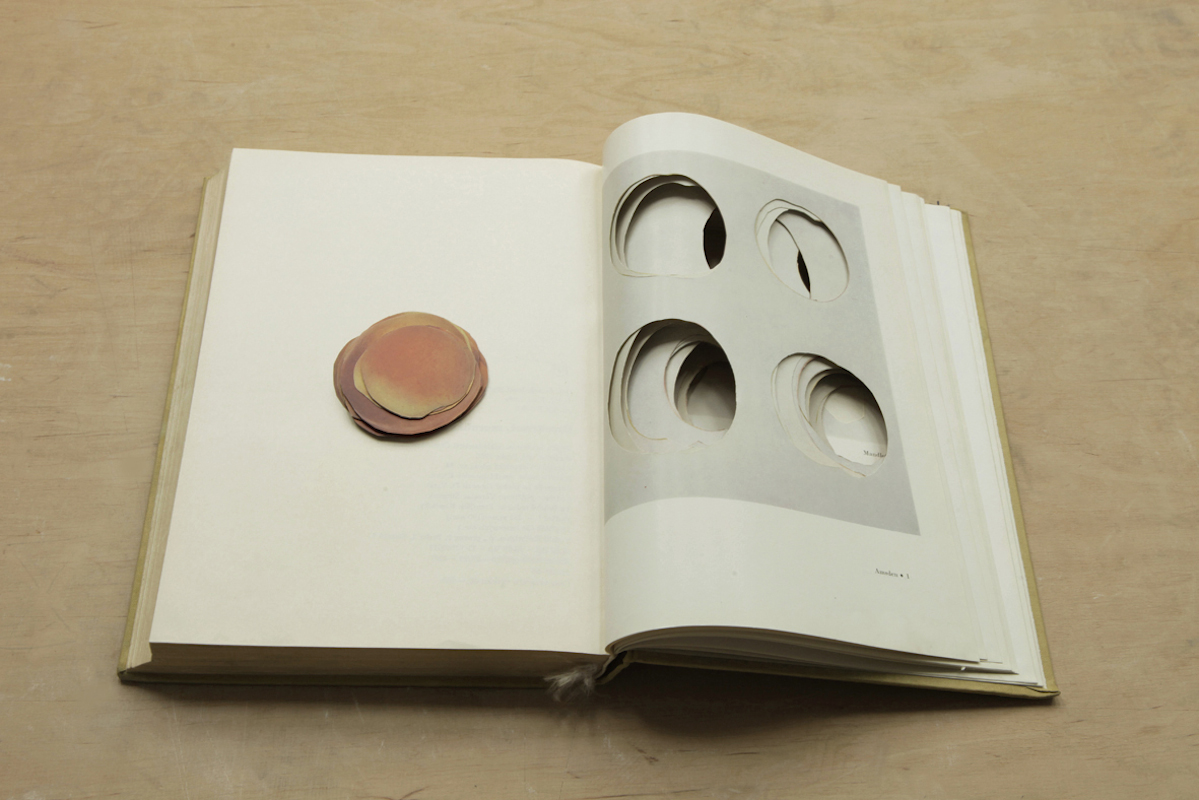 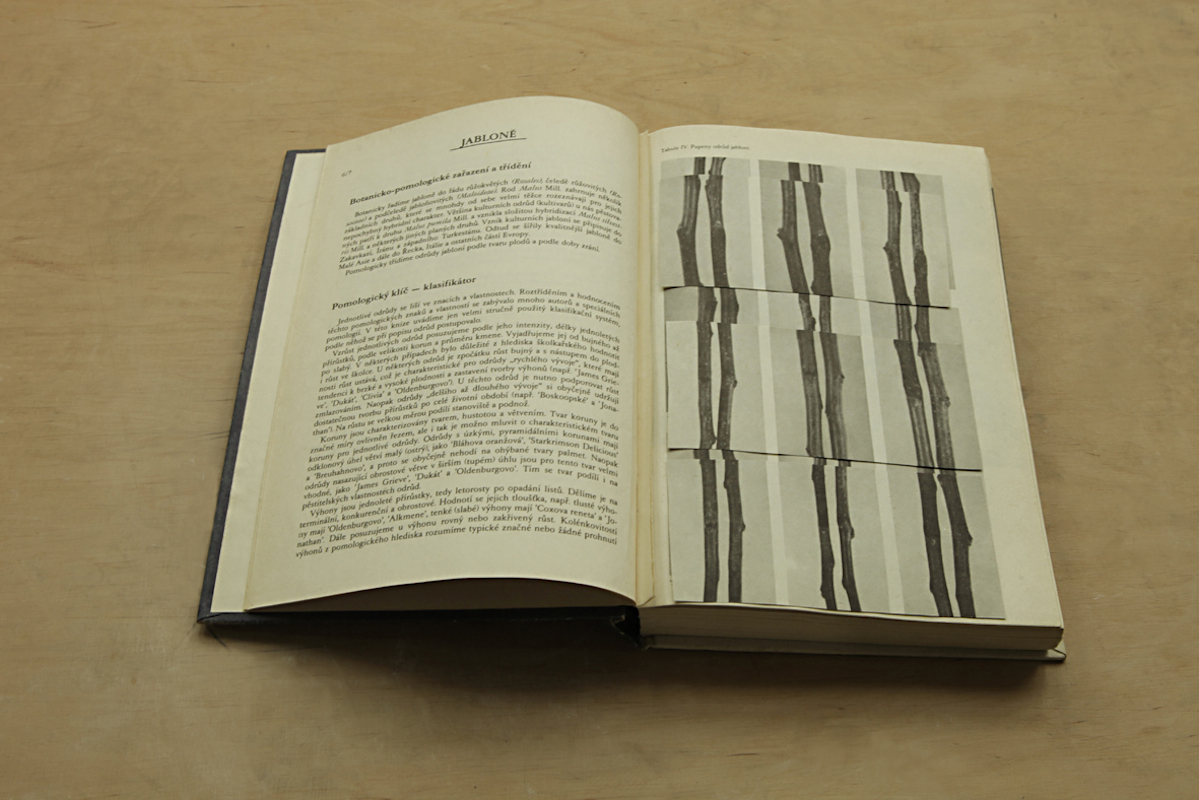 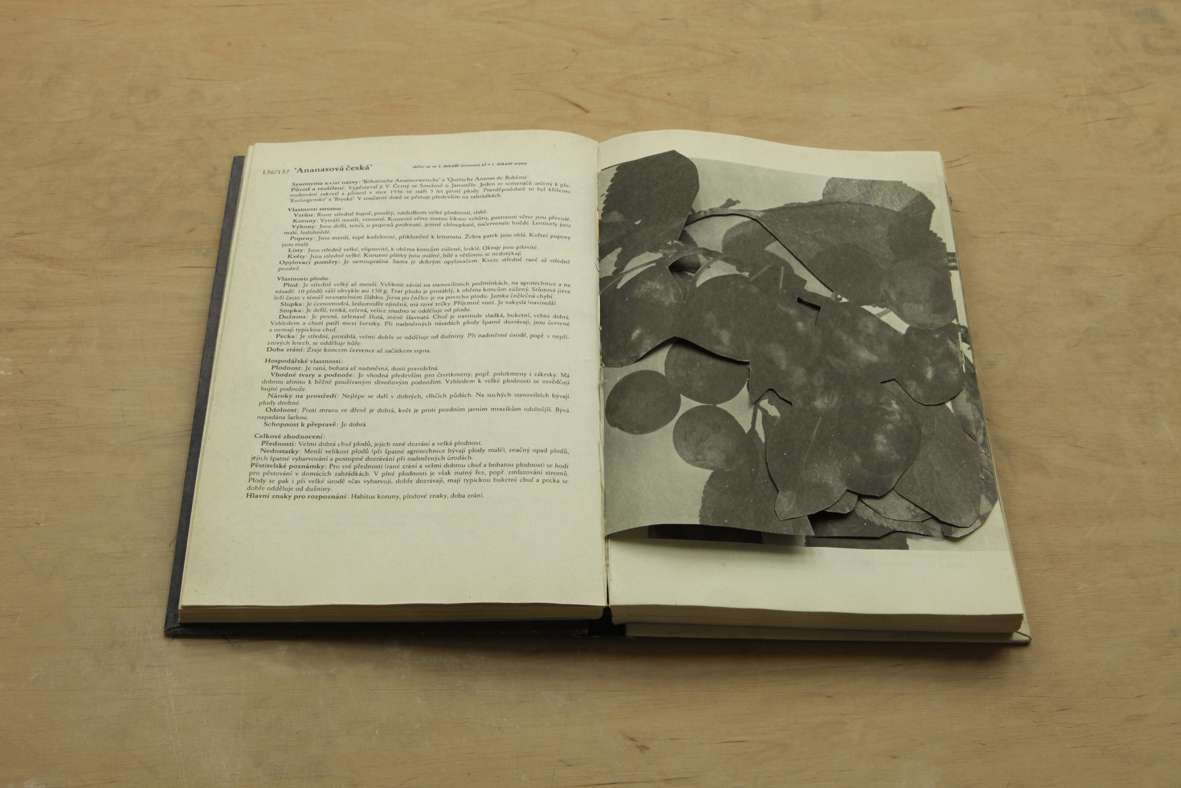 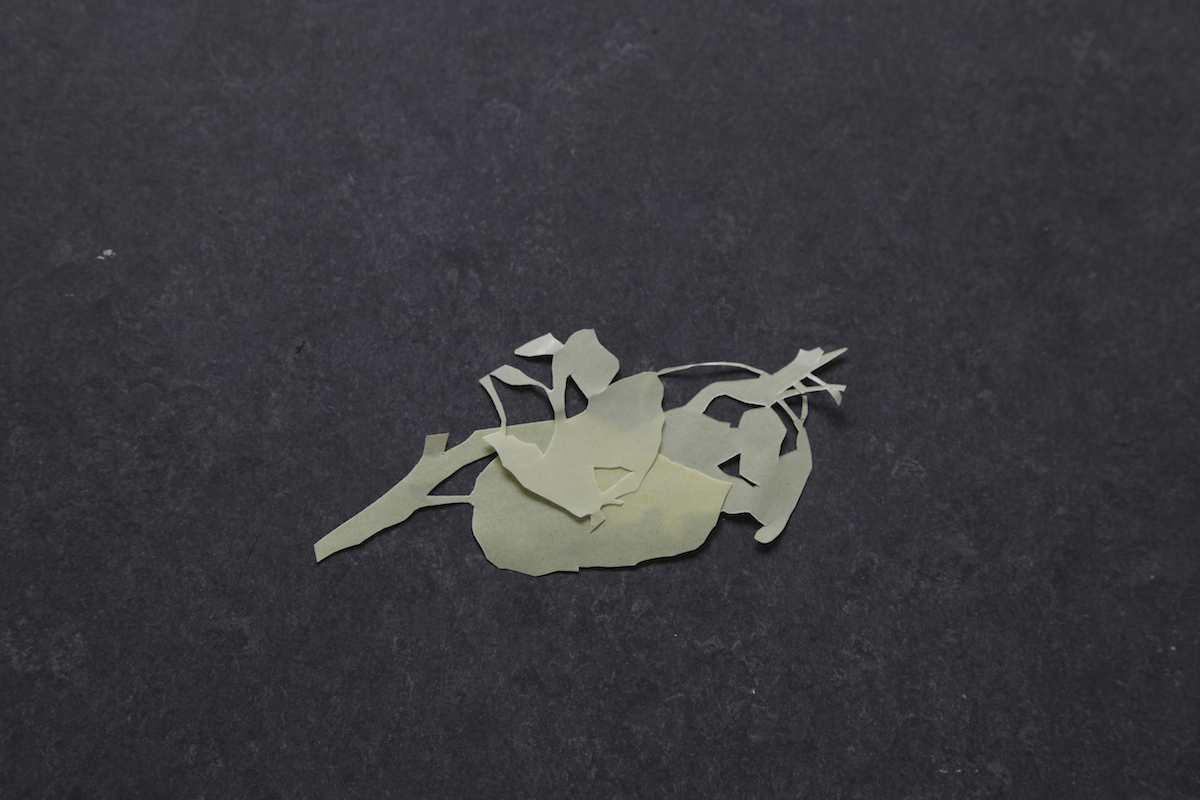 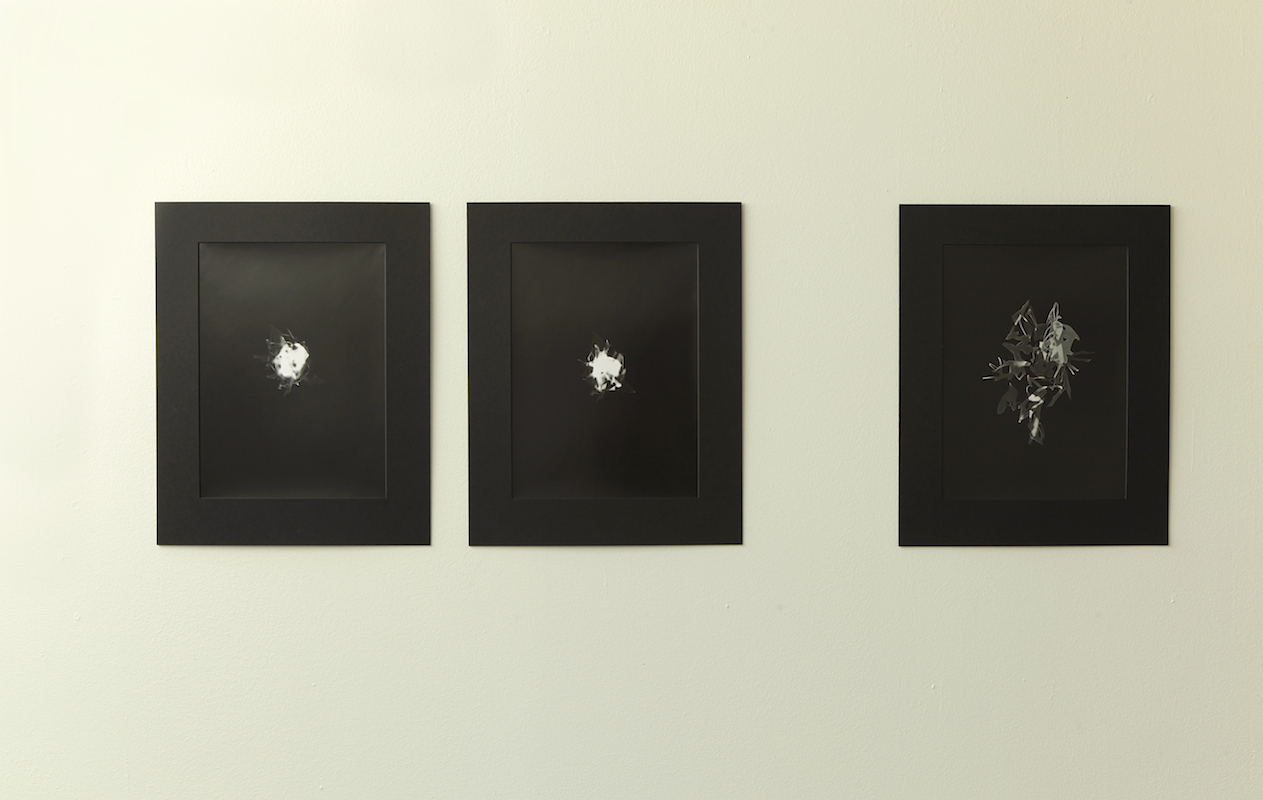 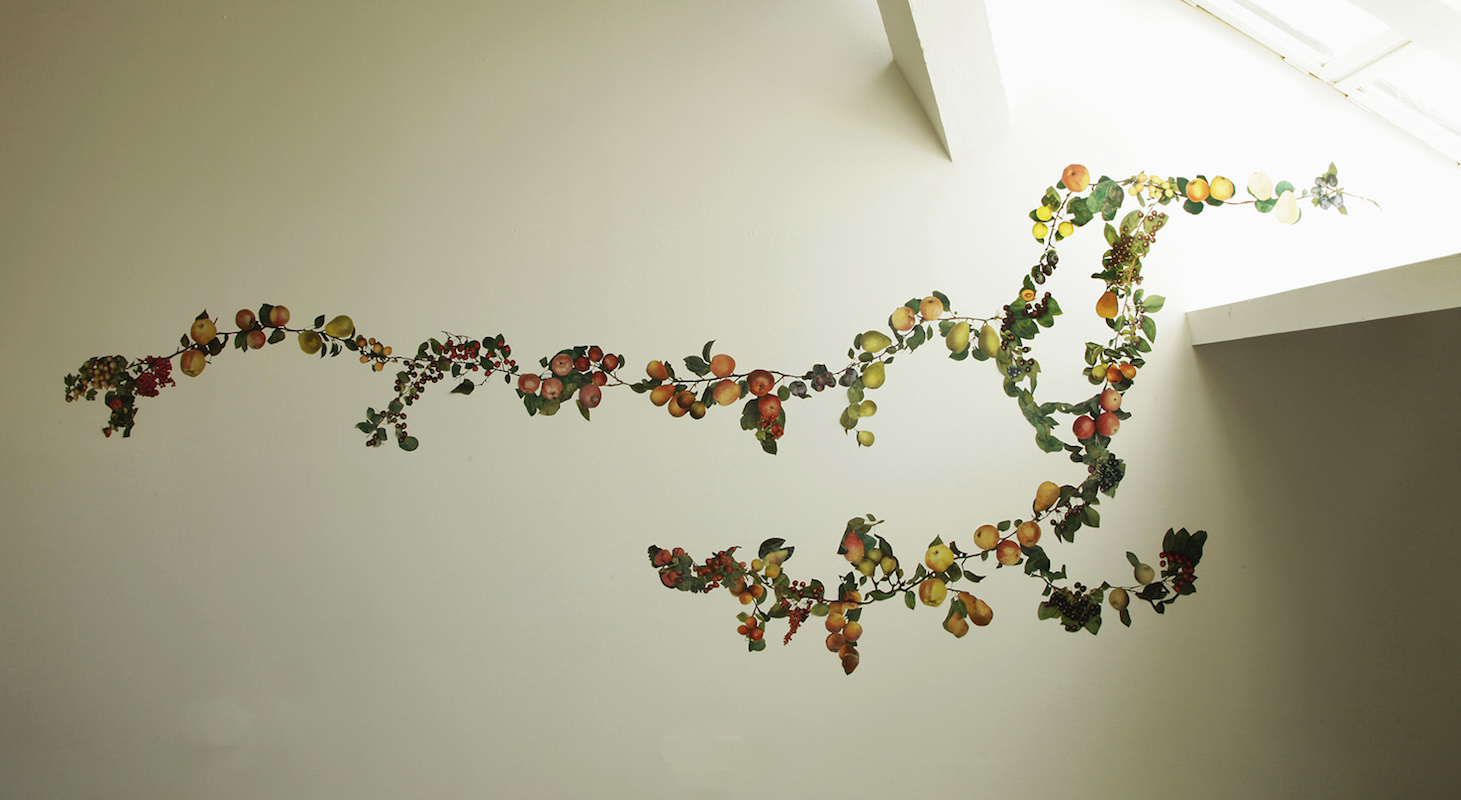 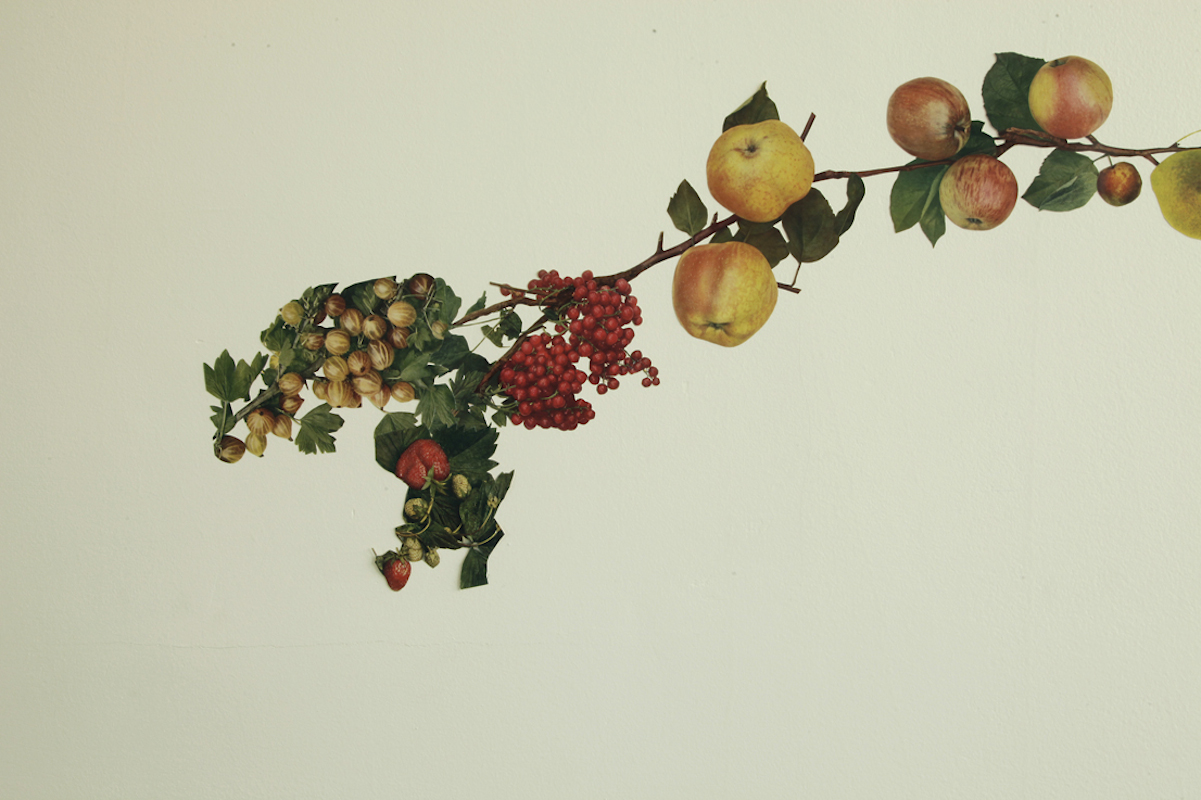 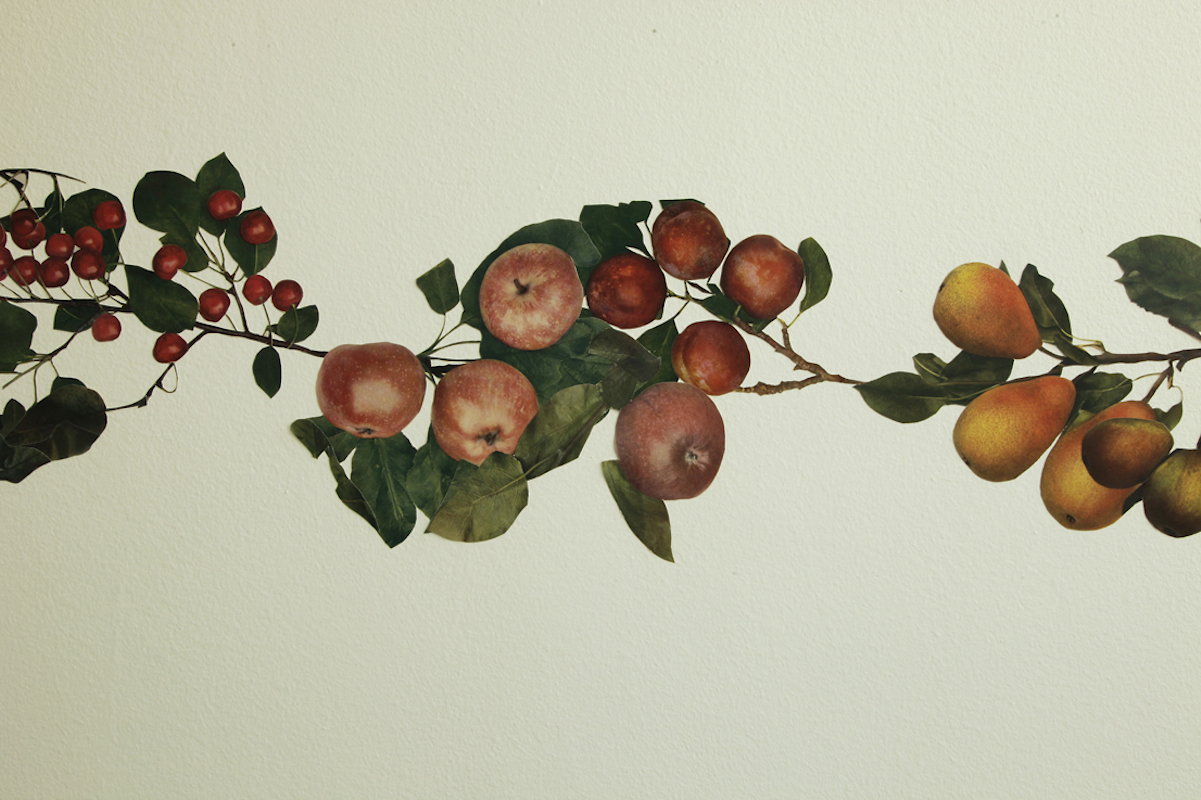 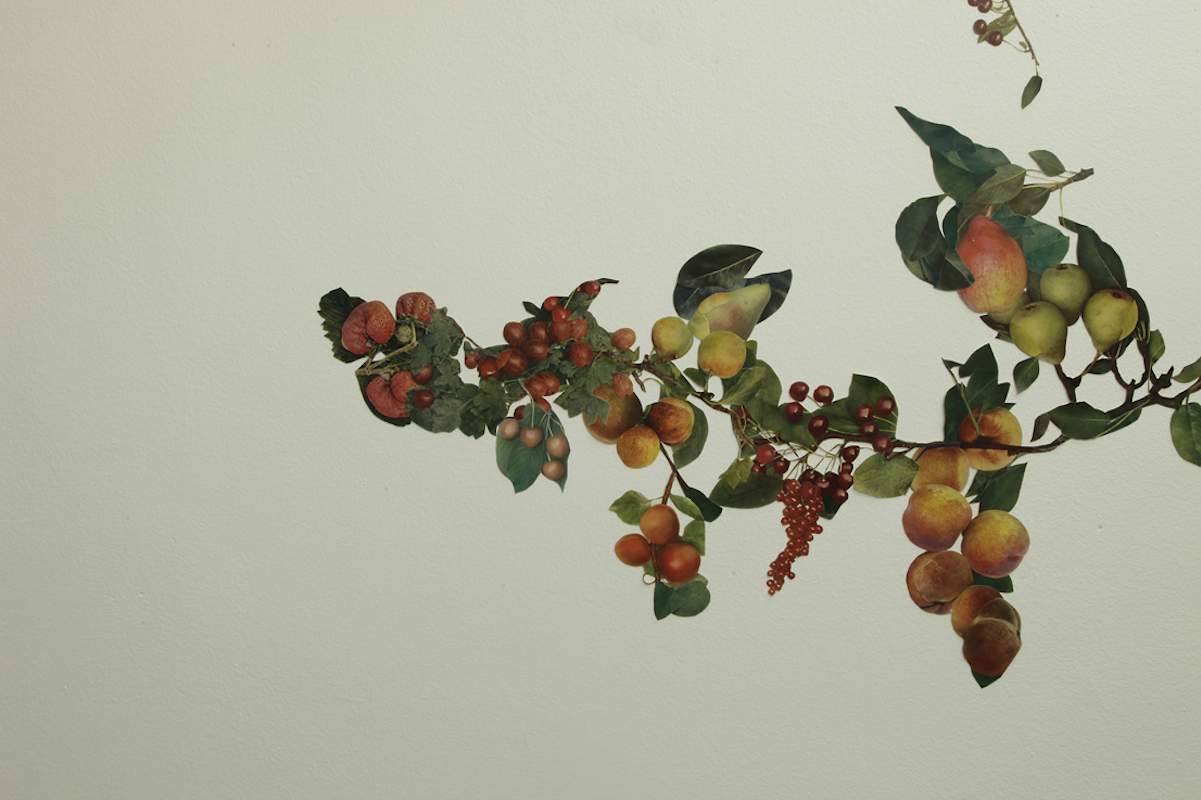 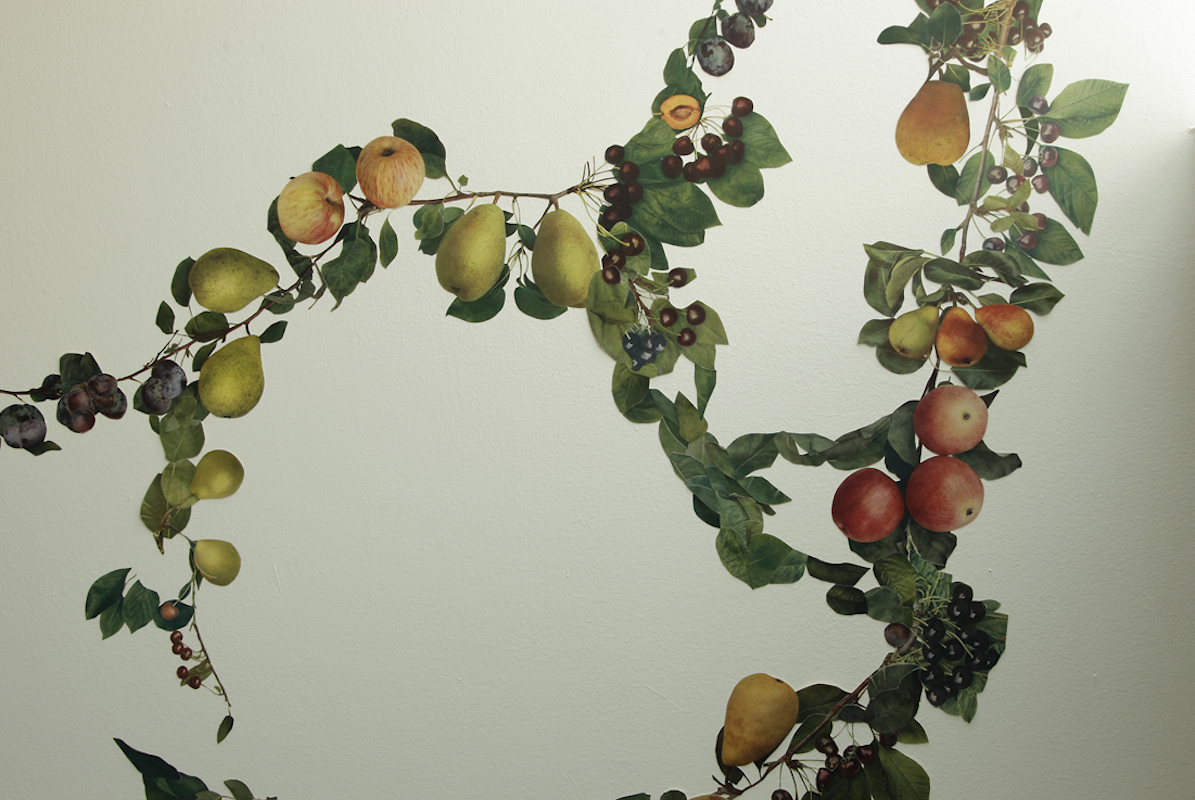 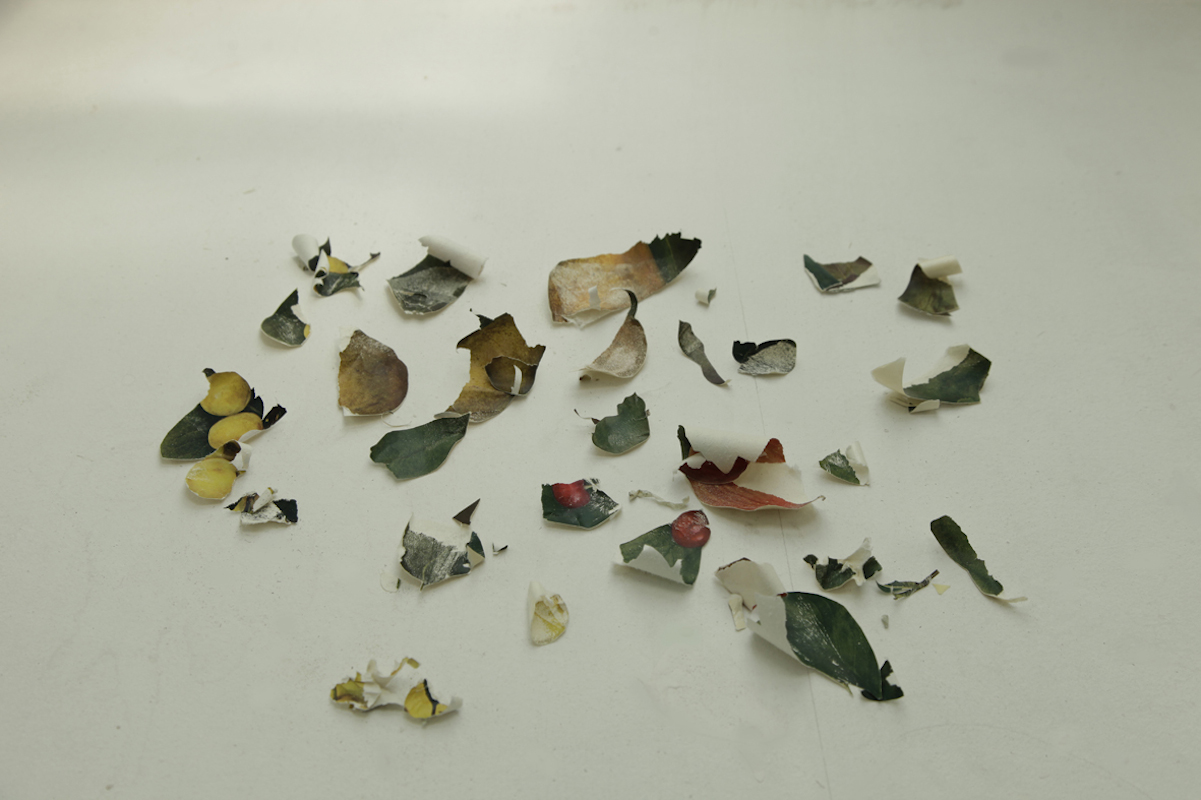 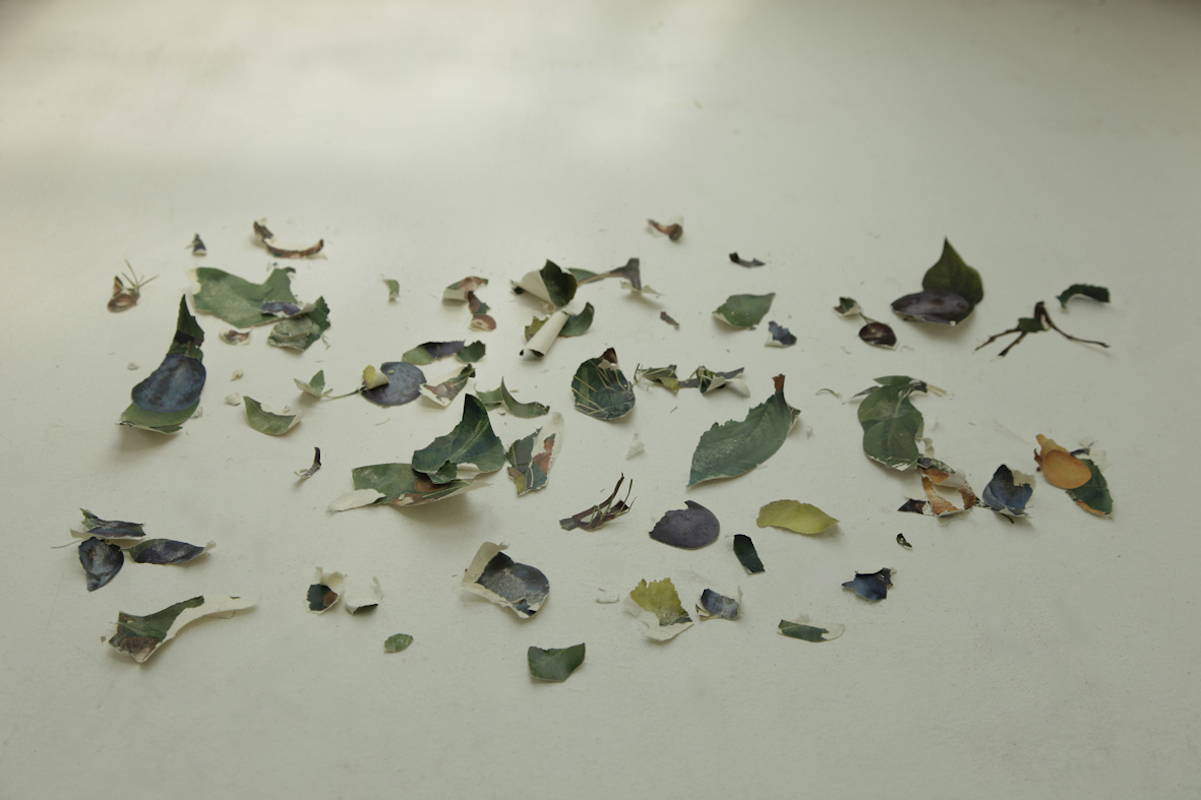 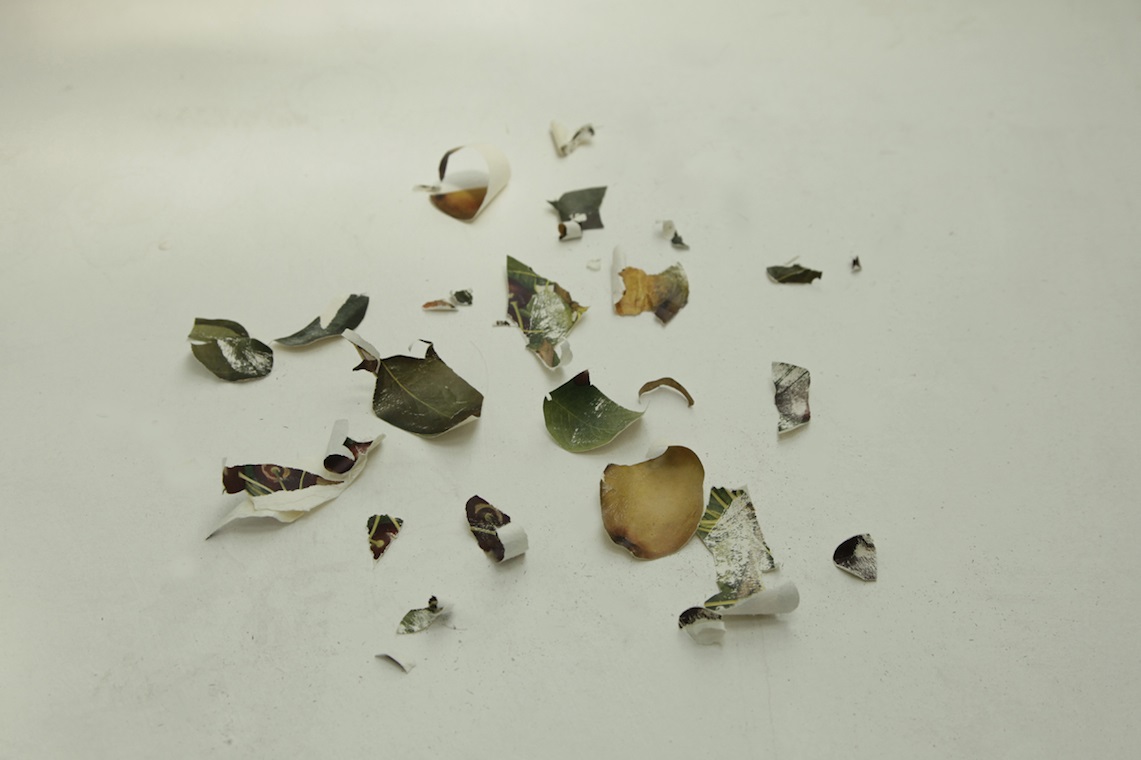 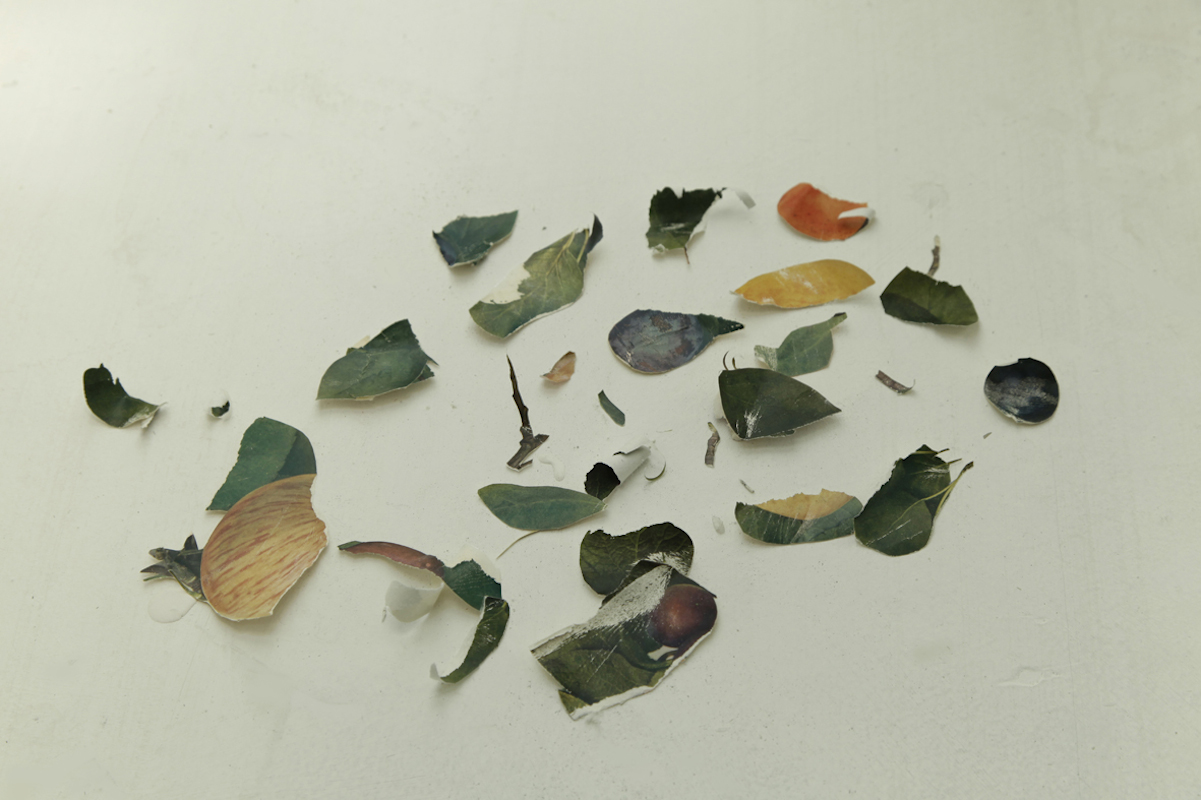 Lost Plant Names,VSUP, Prague, 2013
This time, my works were consisted of four parts. 1. Collage on a wall. I cut out object images from botanical dictionary, combine them and produced unique objects. 2. Collage of plants name. After I cut off the plant images, there remained plants name in the dictionary. I created the name collage. 3. Unglued collage and photogram. I processed photogram using the semi-transparent slit of paper left when I tore off the double-stick tape. 4. Book itself collage of botanical dictionaries.

I considered the meanings of botanical dictionaries, with some experiments and consideration repeatedly, and tried to present new images through diffusion and unification of existing images. I produced the new images from the past memories that had been contained in old books, and exhibited inside a room.

I focused on botanical dictionary. For one reason, it had one of the longest histories in human life. The other is that anyone who watched the pages could clearly understand what was in it. The purpose of botanical dictionary was to classify, identify, summarize and name the object. Accordingly, it was made up by stereotype images. I separated each image from its page, from its specific name, connected each of them again and presented a new unified object. Once, an object was given a name, its image was fixed and prevented to evolve some more images. At the same time, this process of thinking represented the actual impression I had received for the first time I come to this country. When I watched old botanical dictionaries, I was quite impressed with the textures of old photographs, although I could not understand what was described in pages. Those old photographs were in the interspace of photograph and print and emerging unique images as if they were drifting between real and fiction. Afterwards, I started to try to create new images with processing and integrating those existing images. Thereafter, I created one more works. I tore off the collage I had once glued on a window. I displayed the remaining on the window glass and tips of plant collage. In this way, I depicted the passing time that the books had been containing.