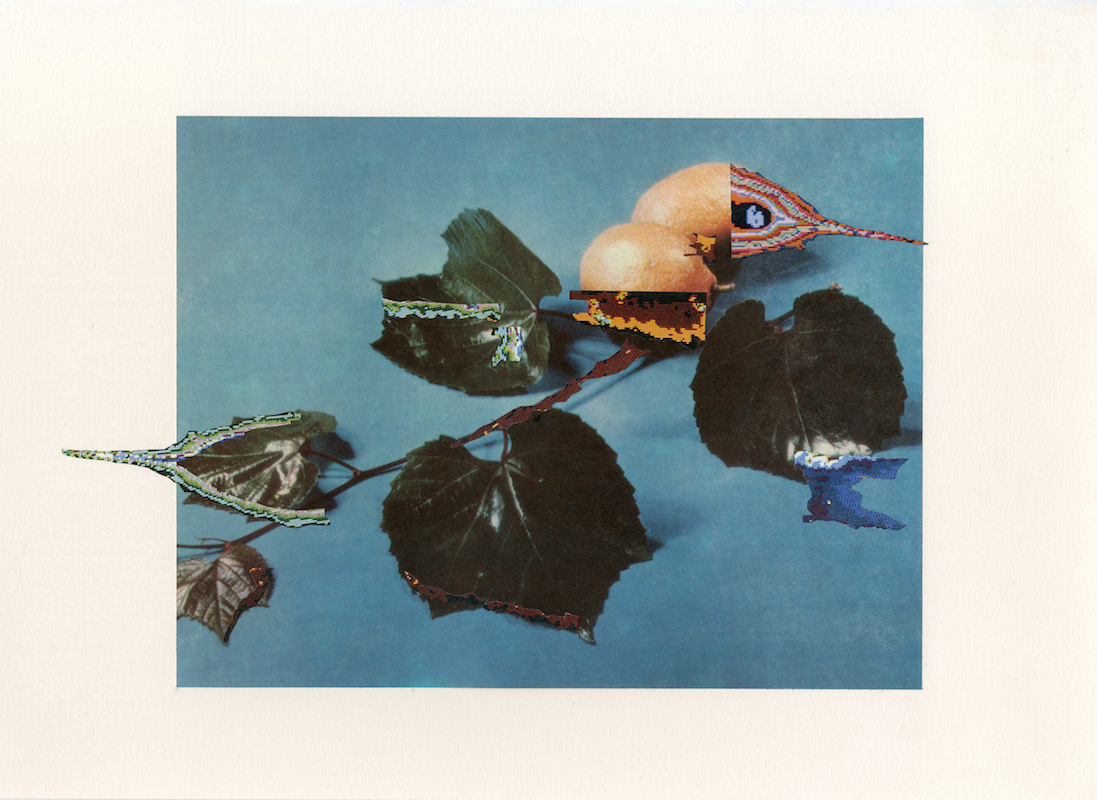 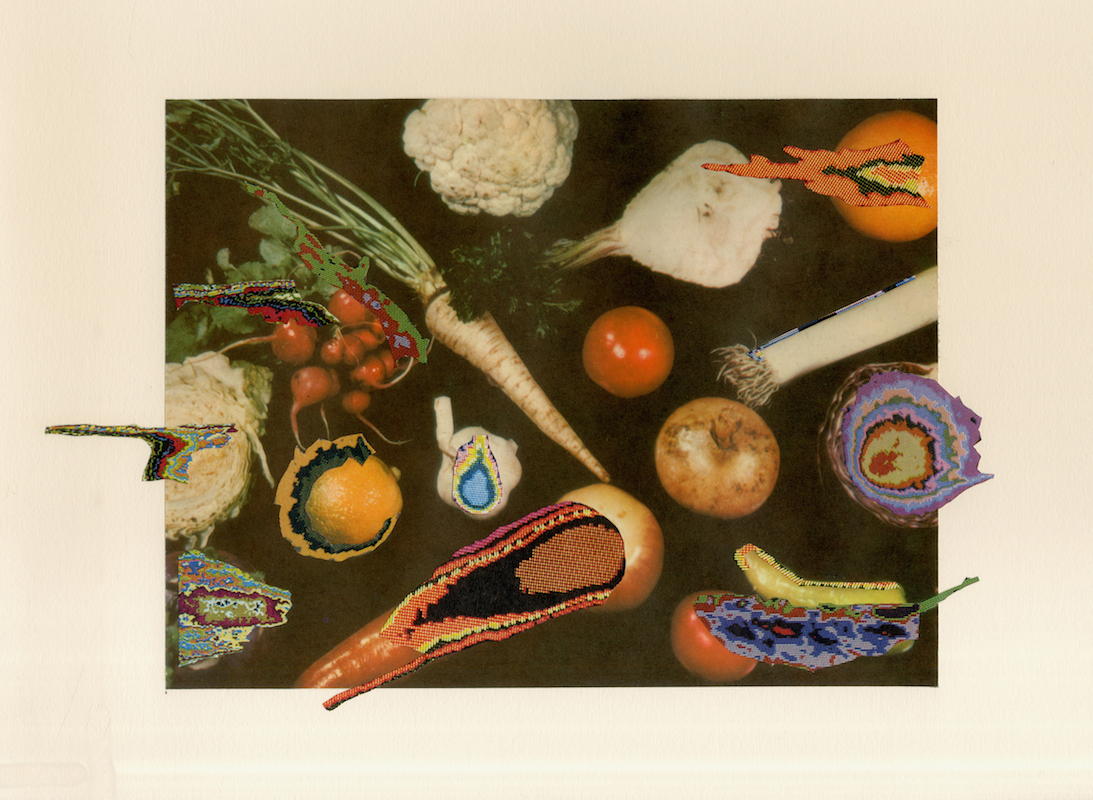 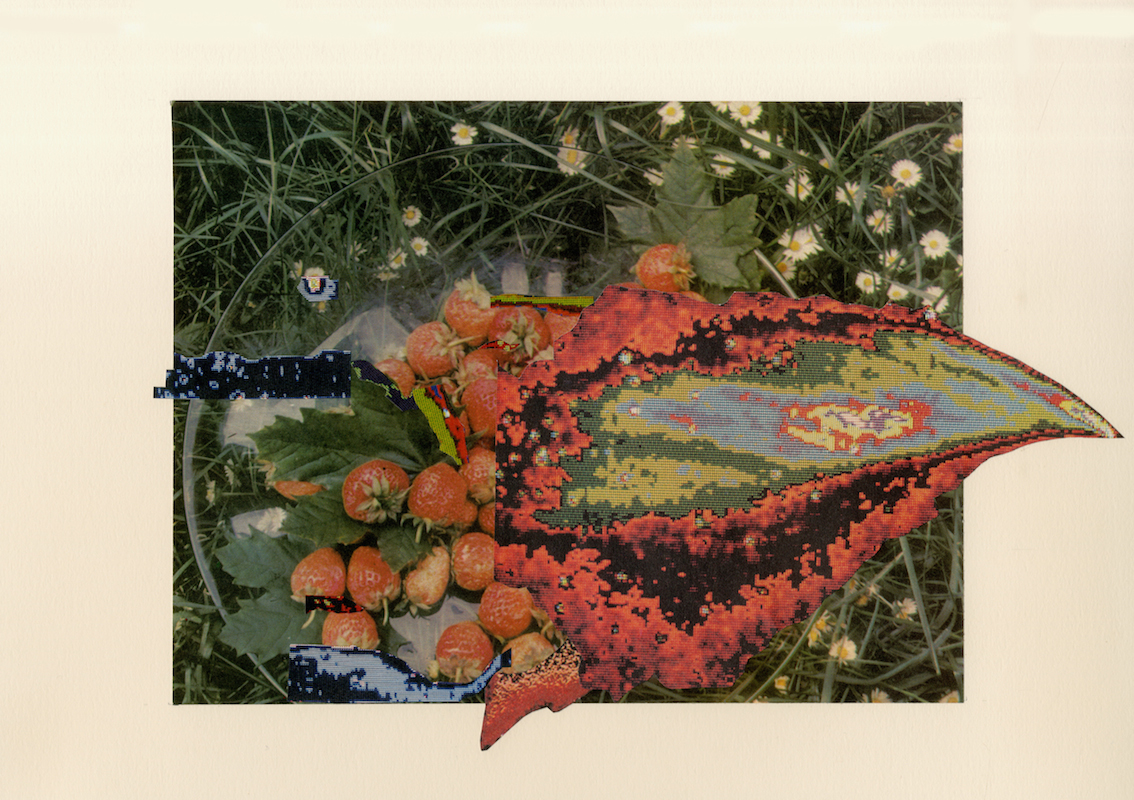 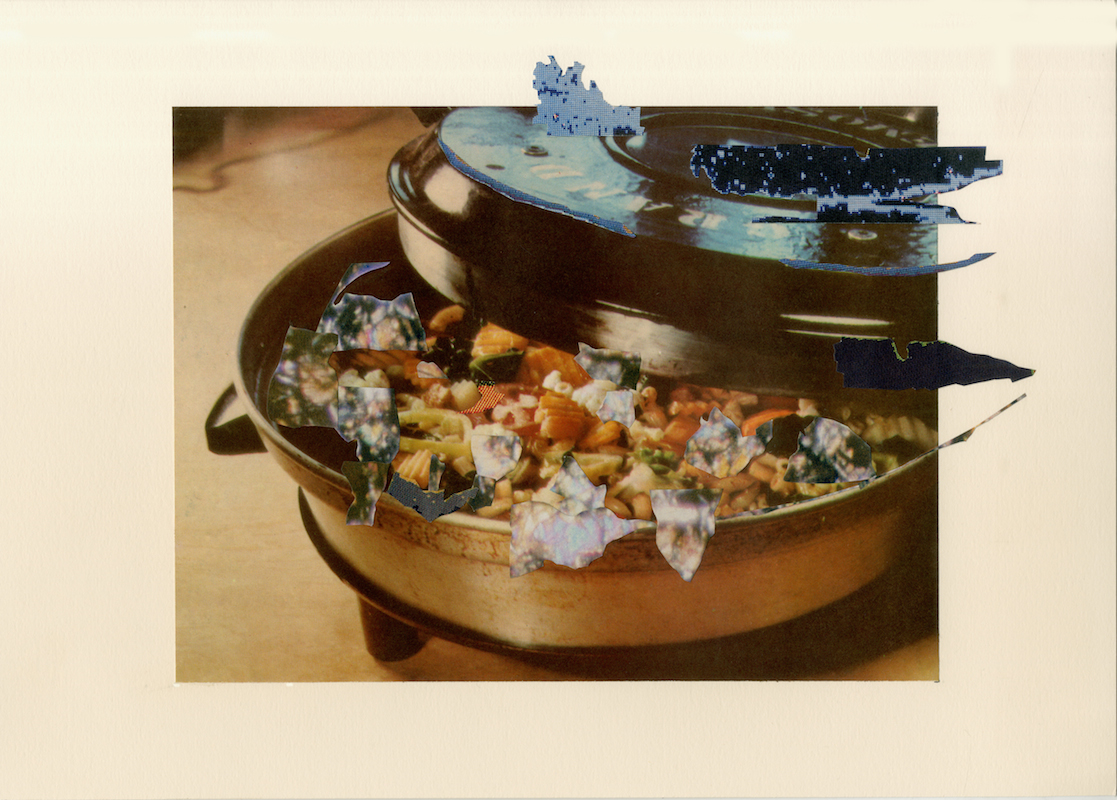 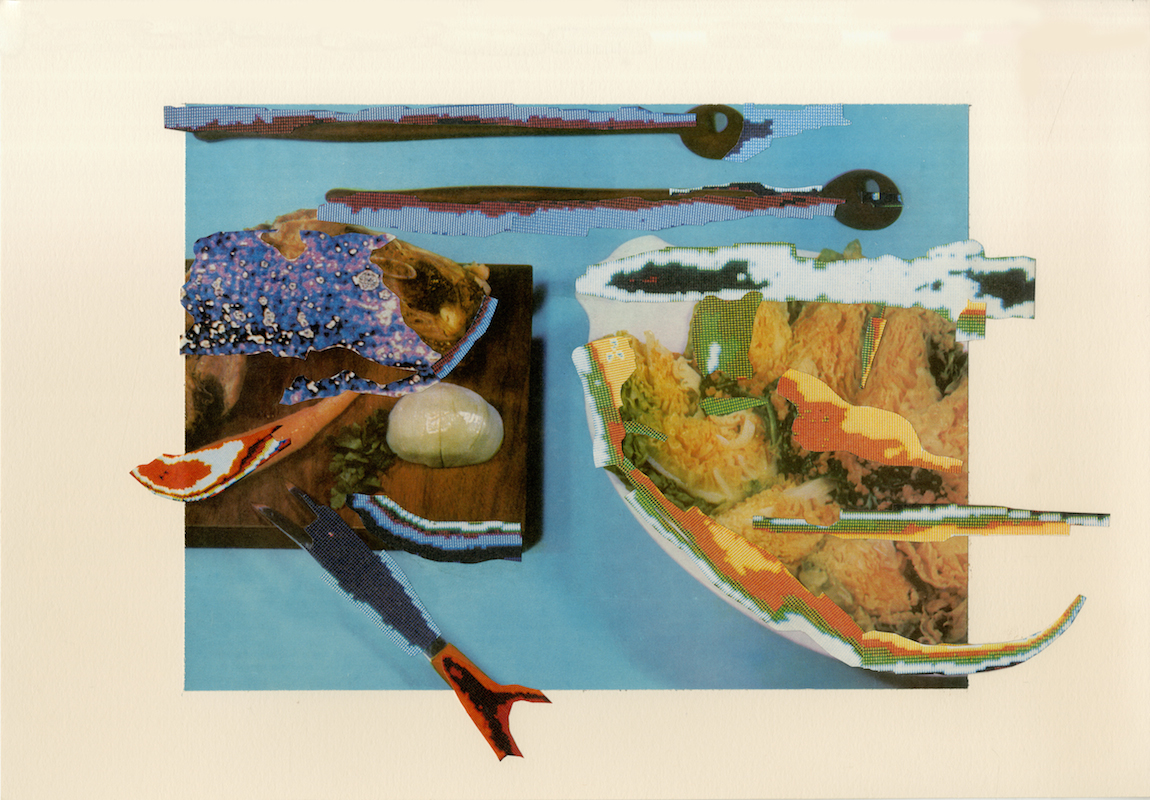 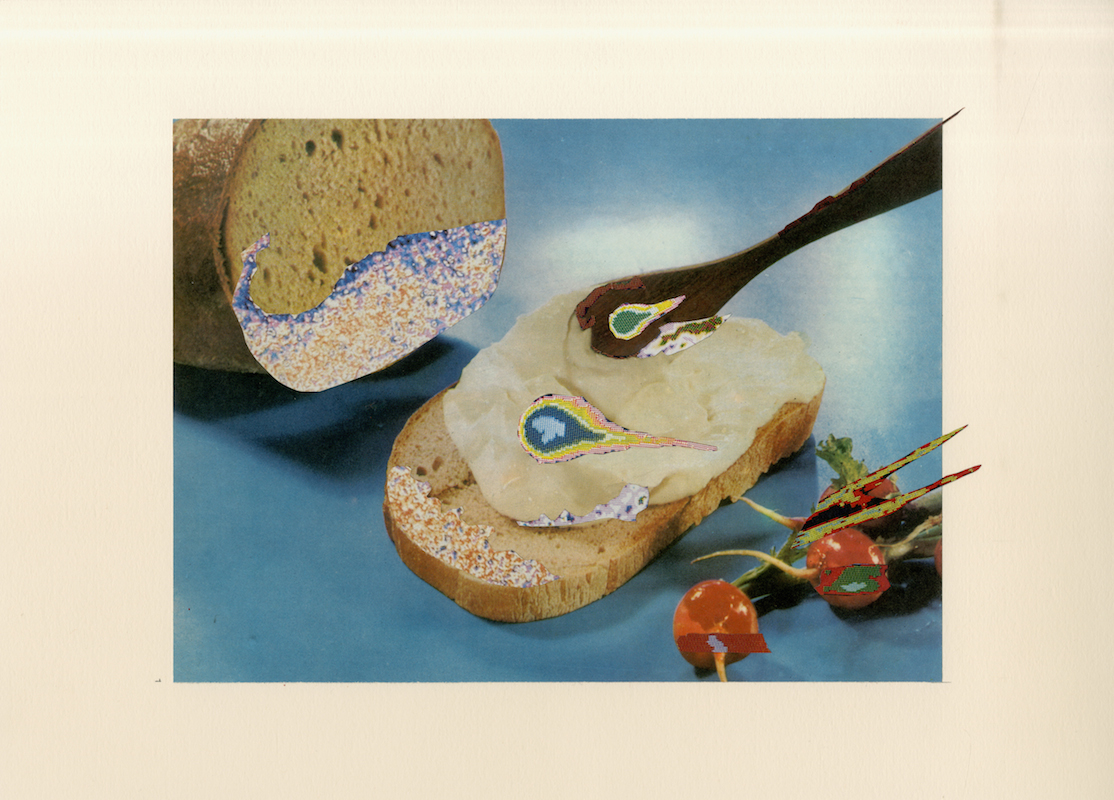 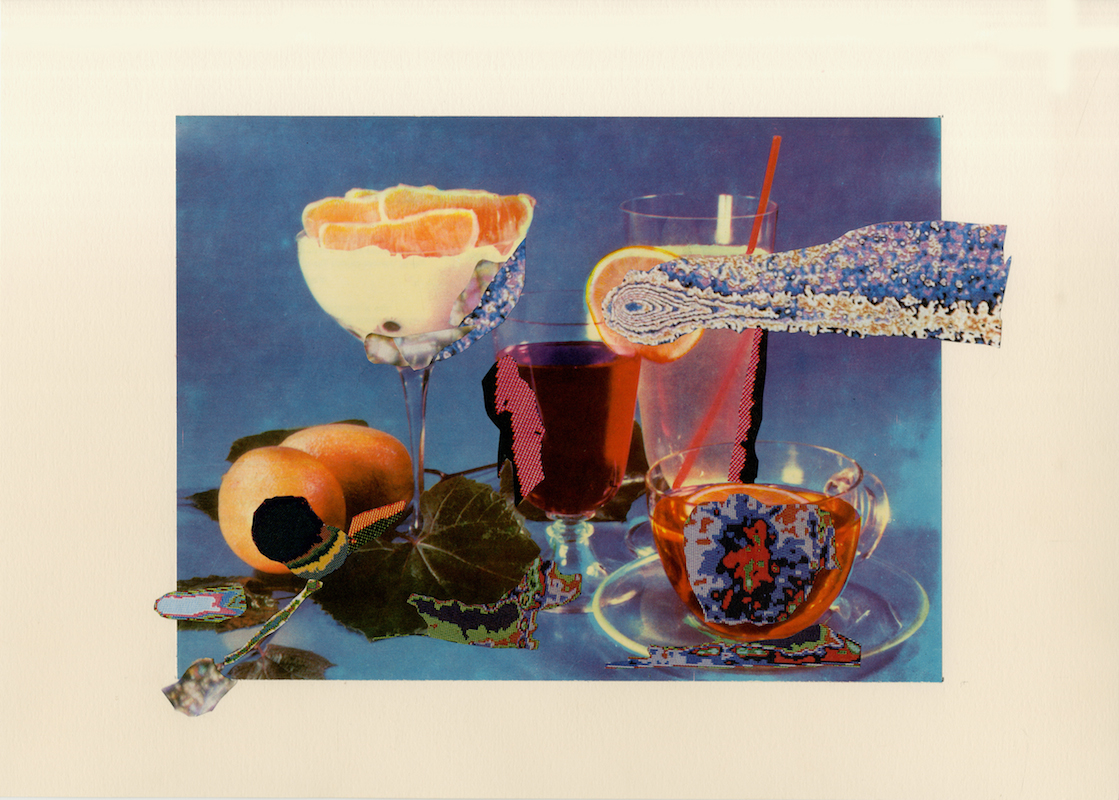 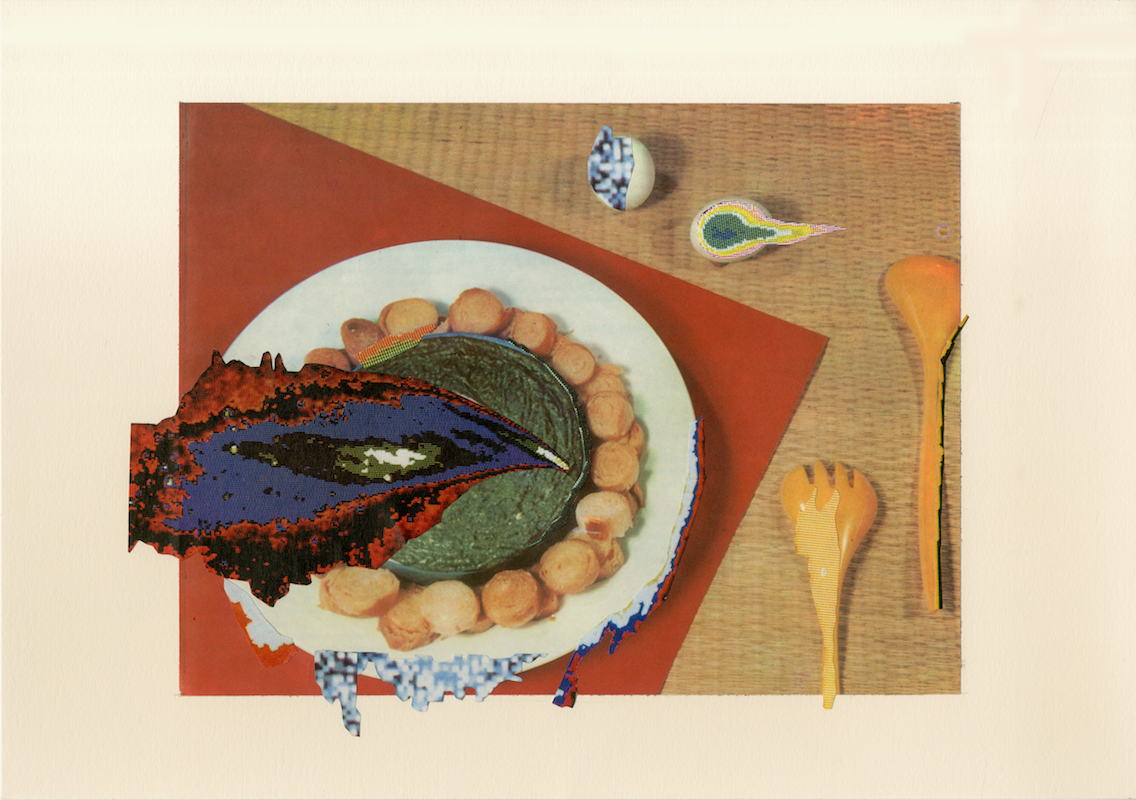 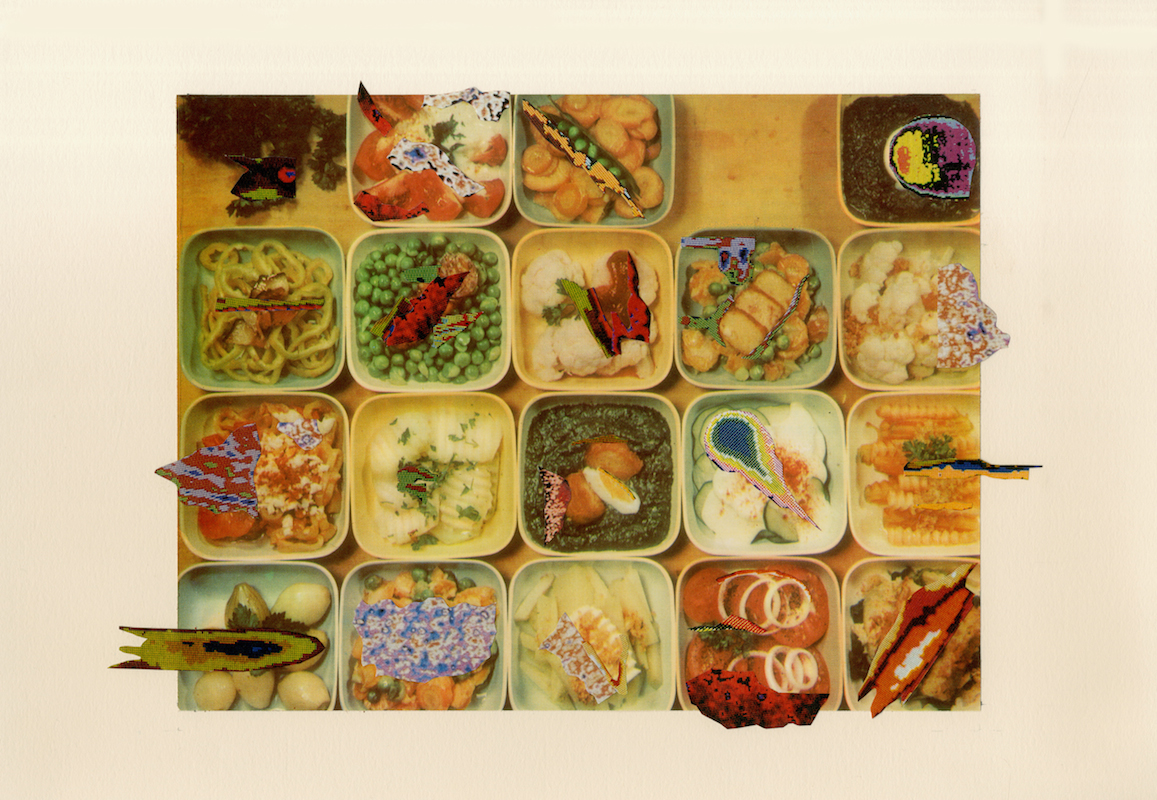 I came to find out two used books published in early 1980s. One is a Czech-style cooking book. The other is a thermography photo book of the falling stars. I decided to lay the thermography pictures on the still life food pictures. This works comes from two distinctive motives. One is from my childhood experiences. The other is from my present circumstances. As for my childhood, I was born in 1979. According to the developmental psychology, it is said that the human character is generally founded until the age of three. Therefore, the image information I watched in those days should make up my deep identity. I am greatly attracted to the photos, printed matters, and films published in early 1980s. In those days, the color prints were already popular, though, they were not clear and fine as those of todays. This cooking book pictures make me recall the color and texture of my child days. The thermography pictures of the falling stars, too, make me remember the popular game named the Space Invader. Just one year before I was born, in Japan, The Space Invader game was released and became a big hit. The game became one of a social phenomenon. The gaming arcades were opened after another. The tables in coffee houses were exchanged into the game tables. I had repeatedly watched the images of the Space Invader games. The game has been well known as the first shooting game in Japan. Now, I try to depict my past memories by stacking and collaging these two types of pictures, both are printed in early 1980s. The other motive is come from the fact that I myself am now an invader. Just as many others who have once lived abroad, I have some feelings about loss of identity, and loss of culture. Sometimes, I am invading other cultures and g invaded by others. I am trying to express these complex feelings.
Being foreigners need to be aware of my identity. We have to carry the passports always and have to fear the forfeit of VISA and the police. Registering my identity lies far beyond the enormous time and the numerous documents. I sometimes dream about the unfamiliar languages. These experiences shake my identity border, though, at the same time, they are interesting experiences to try out something new. For the creators, being the invaders give plenty of possibilities. As for food, it is the essential elements which build up the human nature. Food has the fundamental power to change the personality. I have been enjoying these typical Czech-dishes. At the supermarkets, I usually get the Czech distinctive vegetables and cook them in Japanese styles. This is a sort of culture co-invading. By using the collage technique, I intend to present the memories in my childhood, being here as an invader now, and the culture co-invading processes.